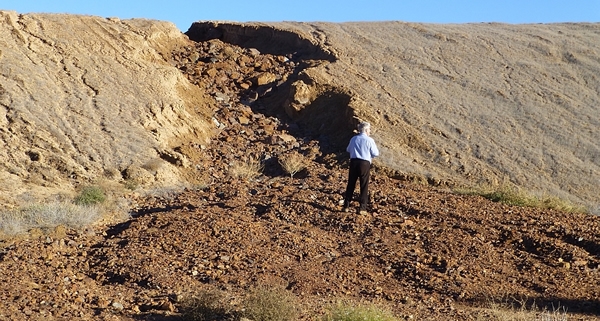 We are part of a German consortium that is planning a drone-based method for exploring former uranium mining sites in Central Asia in partnership with authorities in Kyrgyzstan, Tajikistan, Uzbekistan and Kazakhstan. The investigation technology (gamma spectrometry) installed on a UAV (Unmanned Aerial Vehicle) is intended to support the remediation of radioactive contaminated sites from uranium mining in the countries mentioned with the help of mapping work from the air. In addition to Third Element Aviation, the BGR and the company IAF-Radioökologie GmbH (Radeberg) are part of the German consortium.

The recently launched research project DUB-GEM (Development of a UAV-based Gamma Spectrometry for the Exploration and Monitoring of Uranium Mining Legacies) has a duration of three years and is funded by the Federal Ministry of Education and Research (BMBF) with approx. 1,5 million € from the program »FONA – Research for Sustainable Development«. As drone deployment becomes increasingly important for commercial applications worldwide, UAV technology is increasingly being used in humanitarian projects such as the DUB-GEM project in the exploration of radioactive contaminants.

The project aims to develop and apply a methodology that allows rapid mapping of radioactive pollution around uranium mining sites. For this purpose, a so-called gamma spectrometer is installed on a UAV. In addition to developing the measurement methodology, flight strategies and workflows will also be developed. The data collected in this way should support the planning of remediation work and also promote its effectiveness. In addition, the exploratory method can also be used to record damages after natural disasters.

Central Asia is very much threatened by natural hazards such as flooding and landslides. Due to the mountainous landscape and the risk conditions in the vicinity of radioactive contaminated sites of the former uranium mining in Kyrgyzstan, Tajikistan, Uzbekistan and Kazakhstan, an uncontrolled entry of radioactive contaminants into transboundary rivers of the region threatens. Therefore, in the UN General Conference in 2013 and 2018, decisions at the international level on the urgent need for the international community to redevelop these sites. The European Union (EU) and the International Atomic Energy Agency (IAEA) support the initiative. In 2016, an international fund was set up at the European Bank for Reconstruction and Development (EBRD) to finance the reorganization (currently totaling around € 34 million). The EBRD is currently setting up the necessary project management structures for remediation in the target countries. This will create a market in the region for the most economical exploration methods for near-surface radionuclide contamination in the next few years. With the development work in the project DUB-GEM, the foundations for a future commercial use of UAV-based gamma spectrometry should be created as a promising exploration method.

We will provide the required UAV to accommodate the gamma spectrometers and thus expand the product portfolio in the heavy-lift sector up to 25 kg. The groundwater and soil department of BGR coordinates the project on the German side. The company IAF-Radioökologie GmbH is responsible for one of the two parallel planned development lines for UAV-based gamma spectrometry. In doing so, it will expand its radio-ecological method spectrum with an air-based exploration method. BGR is responsible for the second development line for gamma spectrometry planned in DUB-GEM.

Want to join the discussion?
Feel free to contribute!