After weeks of integrating and testing the system in many different applications, countries and scenarios, we are very pleased to introduce the ConVecDro LIDAR package. Built around our amazing ConVecDro drone platform and Routescene’s amazing LidarPod, this lidar drone solution allows land surveyors a wide range of mapping applications. With a net flight time of >22 minutes with the lidar system attached, the system collects up to 700.000 points per second and can cover an area of up to 110 hectares in a single day (including setup times, battery charing, etc.)

The flexible integration is completely detachable. This allows ConVecDro to be transported more easily and to transform from lidar drone configuration into a high-quality photogrammetry solution in less than three minutes. Making it the one stop shop for advanced mapping and surveying.

Today marks the day we have launched ConVecDro. Our first UAS platform boasts high wind stability, a very sturdy and lightweight laminated frame, six precise engines with made in Germany controller technology, ultra-flexible payload options and flight times of up to 50 minutes. We could not be more proud of this big step!

In the upcoming weeks we will launch several application packages for ConVecDro, starting with great mapping and surveying equipment for photogrammety and LIDAR scanning. The basic package will start at just 25.000 € NET and we will start shipping units in late August this year. Again, we could not be more excited and proud.

Our sales team is available anytime at sales@3rd-element.com for further information on ConVecDro, application options, pricing and leasing option. Do not hesitate to contact us any time!

In the name of Third Element Aviation, we are proud to announce taking another major step forward. As of April 10 out company will have a new home. Totaling almost 400 square meters of offices, production, development and warehouse, our new seat will be in Bielefeld’s Elsternstraße.

The close link to the technology center Bielefeld, the great traffic connection and the central location were not the only motivation behind this move.

The building itself is ideal for our demands and allows for an even better connection of vital processes like development, production and sales. Further the generous space has enough potential for expansions and bigger projects.

We could not be happier!

Starting from the first research into elements in Ancient Greece, the five elements earth, water, air, fire and aether were the key components on which everything was based on. In this context, air is usually listed as the third element.

Looking at the development of technology, similar approaches can be found. After roaming the earth and developing seafaring to cross the seas, the air was the third “element” that was explored and conquered by men through aviation.

Third Element hence is a synonym for air, aviation and for the inner drive to conquer this “element” through technology.

In early 2017 Benjamin Wiens and Marius Schröder left their former employer, one of the oldest and most established professional drone manufacturers in Germany, and decided to stand on their own two feet.

To create, produce and market drones that are perfectly tailored for professional demands and applications.

All existing solutions on the market were pretty good, some of them showing interesting innovations, but none of them was even close to their vision. The market was still lacking highly professional, certified and rigid systems, hindering many potential users from integrating drones into their applications and workflows.

Together with robotics expert Blue Ocean Robotics from Odense, Denmark, the two entrepreneurs founded Third Element Aviation GmbH i.G. on 21.03.2017 in Bielefeld. Besides seed capital, the partnership to Denmark also brought in extensive know-how in workflow integration, programming and automation.

On the other hand Blue Ocean were missing an airborne supplement to their stationary and ground-bound systems. With these synergies behind them, all three parties signed the shareholders agreement and started into a great future. 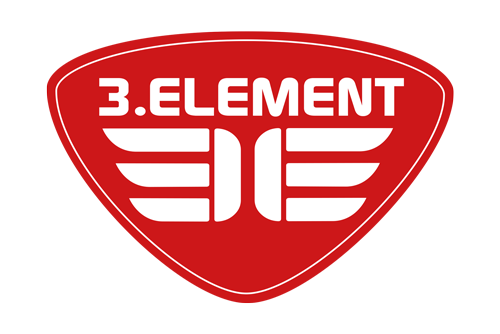